Built in the 1860s, the Kitson Shop as it was known originally served as a textile machinery manufacturing facility. In 1997, the building was purchased by the American Textile History Museum where it has since served multi-uses, including museum, offices, restaurant, and shells for condo spaces. The Bragdon’s purchased two shell units and ACS was tasked with combining the units to create a residential space that took advantage of the historic elements and southern views while also providing a separate yet connected area for an office suite. ACS developed a charming living space that featured the huge windows, the heavy post and frame columns, the wood plank ceilings, and the exposed brick in an open design that was spacious and light filled while also allowing for two bedrooms. In addition, ACS created an office suite connected at the entry of the residence yet substantially separate from the living areas. 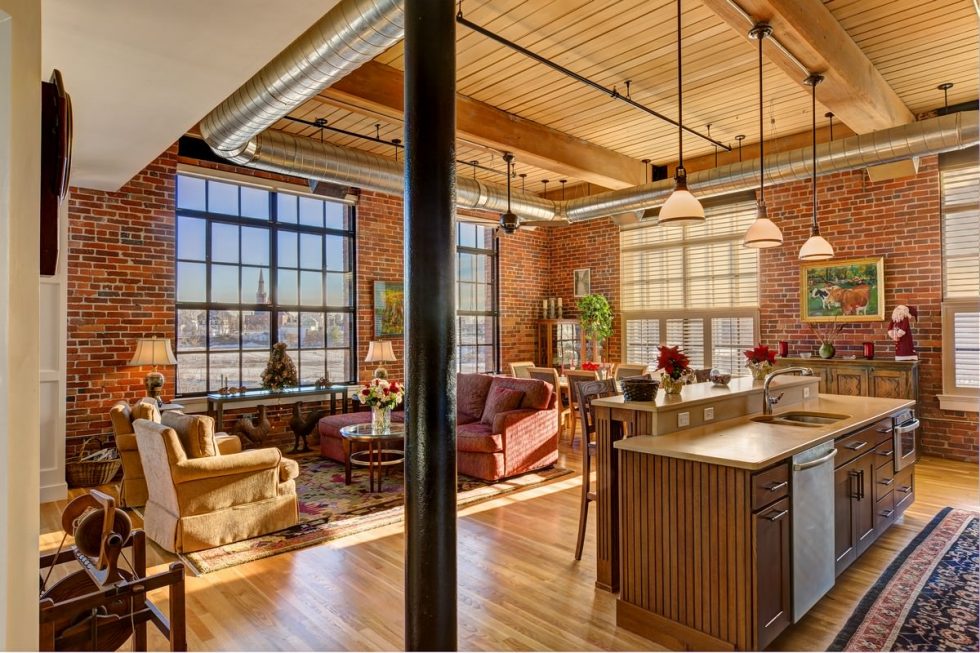 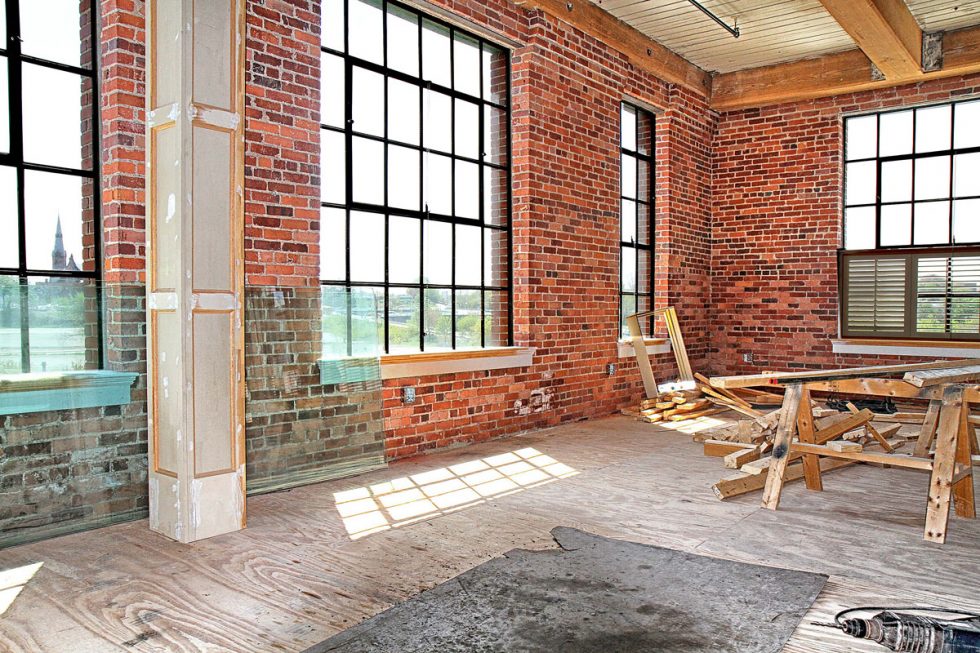 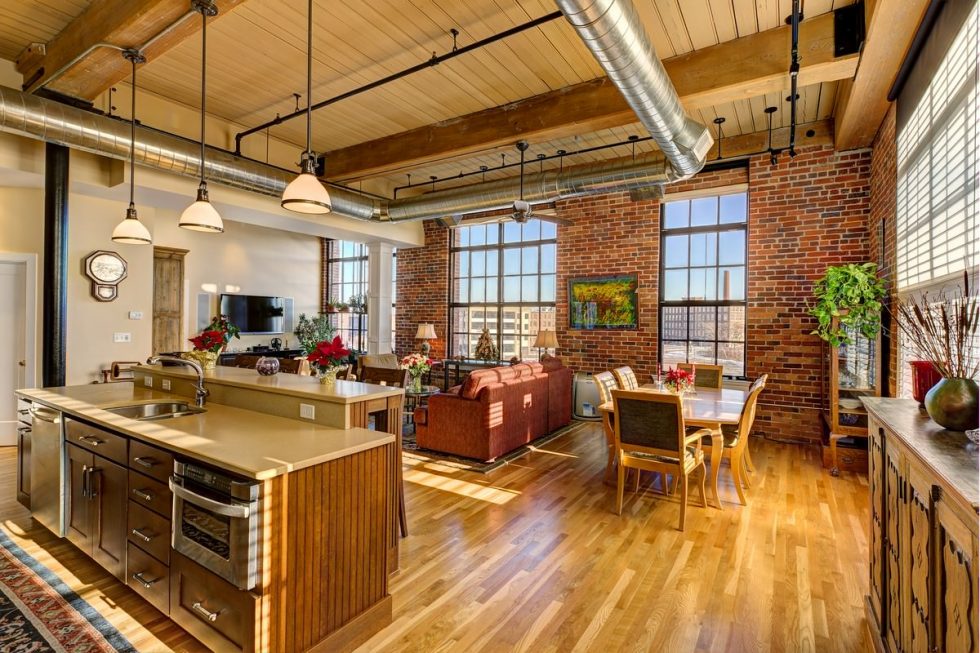 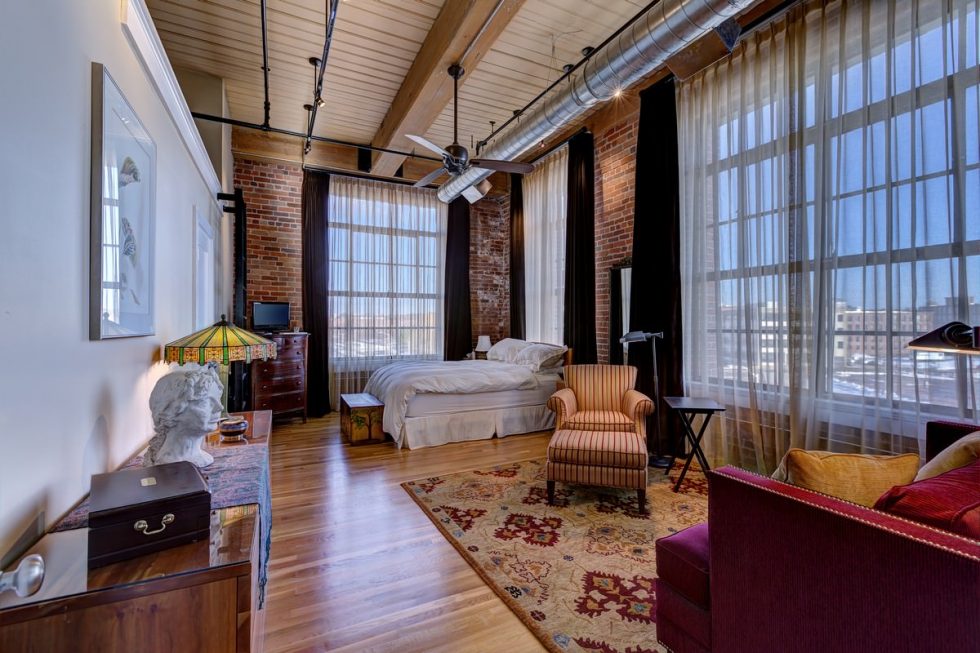 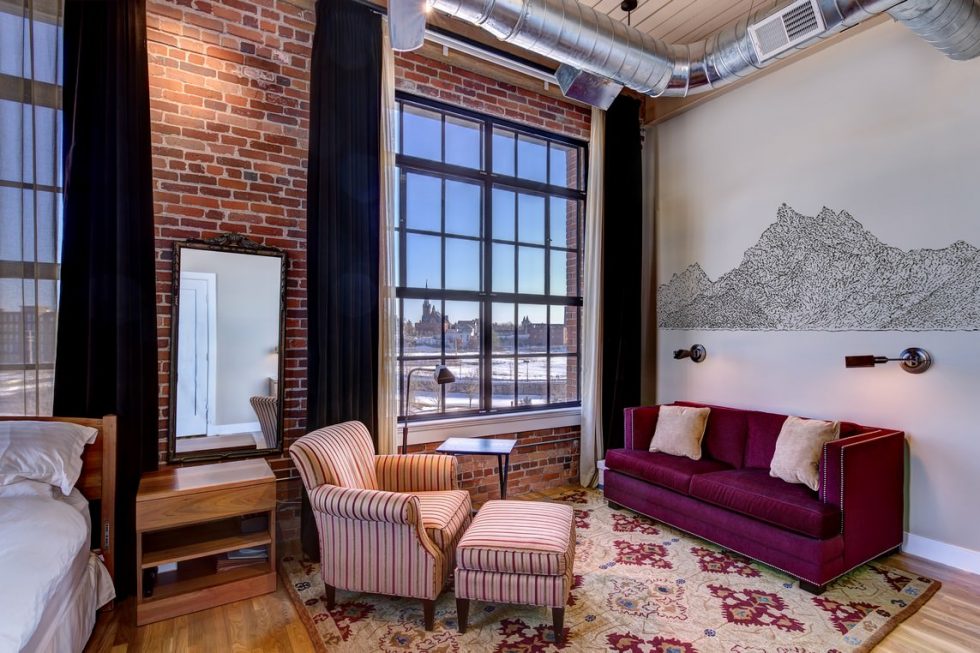 Minimal trim used to highlight the original materials allows the historical craft to be evident in the final result. photo by: David Bragdon 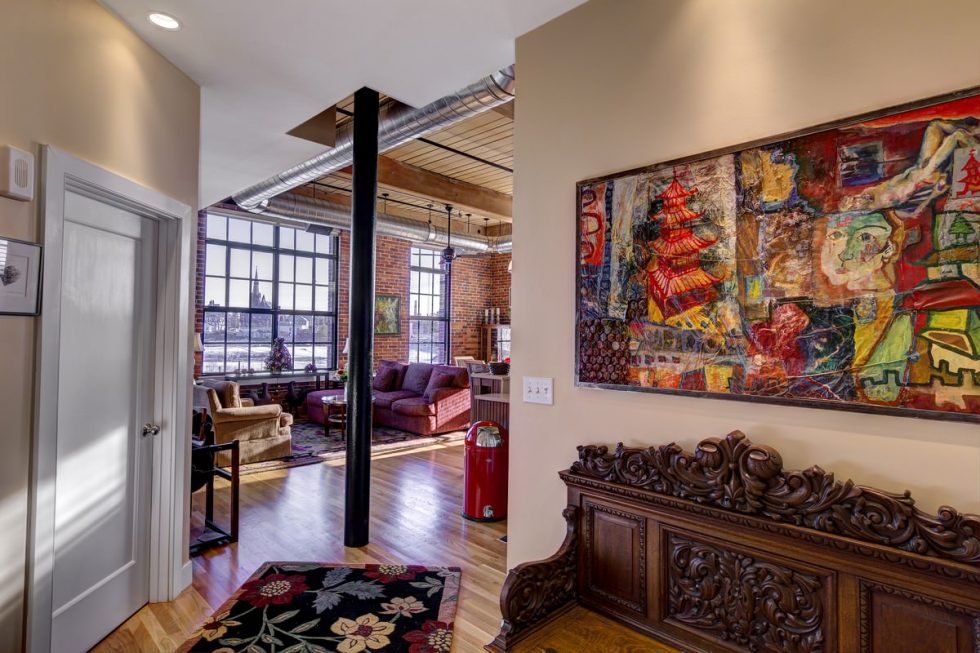 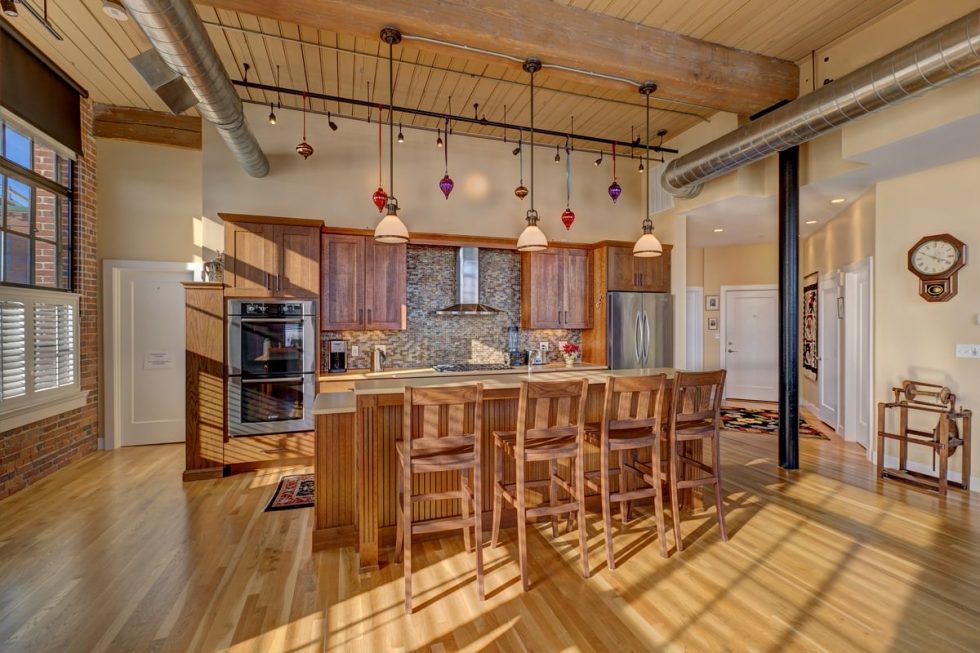 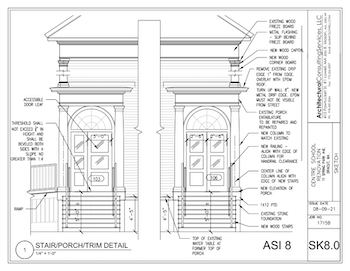